A client from here in Salina, Kansas, contacted Nu Image Audio about installing some audio equipment in this 2002 Chevrolet Corvette that he recently purchased. The client had been saving some old gear in hopes of having a cool car to install it in someday. He brought equipment and the car to our shop so we could have a look at it and come up with a plan for the installation. He approved our quote, so we set a date to start work on this Corvette restyle project.

The trim piece for the amplifiers was covered in a number of different materials.

The old school amps had some new flare with the custom trim plate we fabricated.

Part of the “Big Three” upgrade was upgrading the charging wire from the Alternator.

The client had a pair of older Rockford Fosgate amps for the system. We used the monoblock for the subwoofer and the four-channel for the main speakers. We built a rack for the amps at the back of the trunk. We added some large openings to the top of the amp rack to let the amps breathe. We used red and black vinyl to accent the dash and seat color scheme. We also installed Rockford Fanatic component speakers for the client.

We ran all-new wiring for the system, including speaker and power wire. We performed a “big three” wiring upgrade under the hood to ensure all the power from the alternator would feed these big, hungry amplifiers. We used Stinger wiring and accessories.

Before coming to Nu Image Audio, the client had purchased a set of fiberglass subwoofer enclosures for the trunk of the car. He wanted to use a pair of JL Audio subs that he already owned. Not being 100% sure they would fit in the enclosures, he contacted the enclosure manufacturer to ensure everything would be perfect. The fiberglass enclosures fit nicely into the corners of the trunk.

The client also had purchased a double-DIN conversion kit for the dash. This piece took a little more work to perfect so we could install a Pioneer AVH-7200NEX receiver for him. The AVIC-7200NEX includes both CarPlay and Android Auto, so staying in touch with family, friends and co-workers while driving would be safe and easy.

The Sound of Silence

With the carpet removed we cleaned the floor in preparation for the sound deadening.

We had to remove all of the interior pieces to install the sound deadening material.

Rolls and rolls of SoundSkins deadening material were used in this Corvette.

The SoundSkins material helped to quite the ride in this Corvette.

The client was concerned about being able to hear his audio system once we had it installed. The big sticky tires and loud exhaust create a lot of noise inside the car while the client is driving on the Interstate. Even the whine of the Magna-Charger was a bit much. We suggested that a layer of SoundSkins damping material would help. We installed nine rolls of damping in the car – that is just shy of 100 square feet of material. We treated the trunk, floors, transmission tunnel, firewall, inner and outer door skins, and even the roof.

The new suspension lowered the car for better handling and more aggressive looks.

Since we had most of the console apart, it was a no-brainer for us to install the new shifter.

Once the client realized the breadth of our skills, he added a few extra projects. While we had the car apart to install the audio system, we installed a new door lock solenoid in the driver’s door and replaced the power window motor in the passenger door. We installed a vehicle-lowering kit from West Coast Corvette to improve the stance of the vehicle. Since we had the center console apart, the client asked us to install a B&M short-throw filter kit as well.

Because the car is black and has a huge front window, it gets really hot inside. We installed ceramic window tint film on the side and rear windows. Ceramic film blocks UV energy by 99% and IR energy by almost 80%. We even installed 70% film on the windshield to help keep the car as cool and comfortable as possible.

Once the work was complete, we had a local detailer wash, vacuum and detail the car before we returned it to the client. We wanted it to look amazing for the owner.

After about 50 hours of work on the car, the client came back to pick it up. During the test drive, he said he loved how loud the system played. He was shocked by how much quieter the car was when he was driving. In fact, he was so impressed with the sound deadening that he decided to sell the sound-blocking baffle he had purchased for the car.

This supercharged C5 Corvette turned out amazing. Contact us here if you have any questions or would like help making your dream car even more awesome! 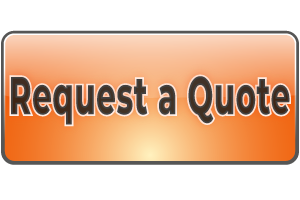 From our humble beginnings in 2008, Nu Image Audio has grown to become the preeminent shop in Central Kansas for the best in mobile electronics, window tinting and vehicle accessories. Our driving … END_OF_DOCUMENT_TOKEN_TO_BE_REPLACED

Great-sounding car audio is no accident. It is a well-planned mix of the right products backed up with a high-quality installation. Nu Image Audio has been focusing on designing and building the … END_OF_DOCUMENT_TOKEN_TO_BE_REPLACED